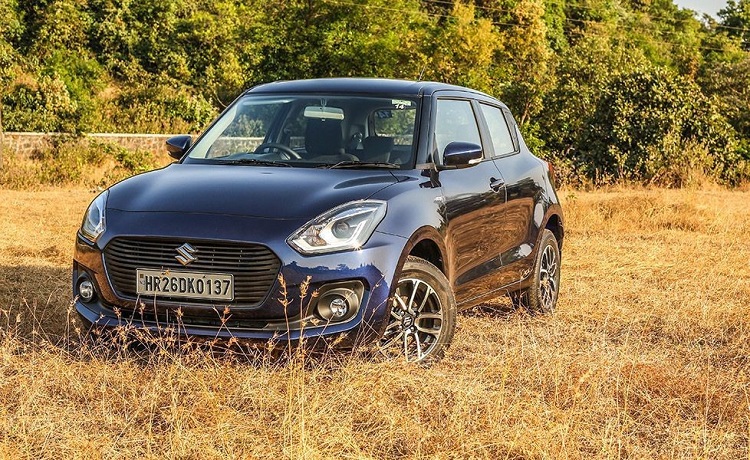 Maruti Suzuki’s history in the Indian country needs no special introduction. Before 2005, the carmaker was known to manufacture no-nonsense cars that were meant to ferry people around without any fusses and save fuel costs while at it.

But, with the launch of the first-gen Swift. This whole approach simply took a U-turn. It was basically the start of a new inning for Maruti Suzuki, as the carmaker had proved that a hatchback can be sporty and edgy without comprising on any of the major aspects. The Swift, then, became the prime choice amongst buyers and it sold like hotcakes. Later, it even went on to become the ICOTY.

Today, Swift is in its third-generation. It’s been on sale for 15 years and has been crowned the ICOTY award for all the generations. That alone is a major achievement on its own. The one you see here is based on the new Heartect platform, just like the Baleno and Dzire. Read on.

In its third-generation, the Swift looks and feels absolutely beautiful to the eye. It still has a design that young buyers crave, and the premium equipment only further adds to the bling. As far as design goes, Maruti Suzuki has definitely nailed it with the Swift. Dimension-wise, the Swift is 3,840mm in length, 1,735mm in width, and 1,530mm in height. The base-spec LXi variant tips the scale at 855kg. The ground clearance is 163mm, and wheelbase is 2,450mm.

Under the hood, the Maruti Suzuki Swift remains mechanically unchanged since the last two-generations. Therefore, it is powered by a 1.2-litre four-cylinder K12 series engine good for 82bhp and 113Nm of torque and the Fiat-sourced 1.3-litre four-cylinder engine capable of 74bhp and 190Nm of torque. The former is BS-VI compliant, while the latter is expected to be axed out by April 2020. Both the engines are mated to either a 5-speed manual or an AMT.

The Swift, as fun as it is to drive, keeps up with the brand’s heritage of making fuel-efficient cars. Therefore, in the petrol disguise, Swift is capable of 22km/l for both the manual and AMT. As for the diesel, the figure stands at 28.4km/l (both figures, ARAI-certified).

The third-generation Swift takes the game further when it comes to dedicated equipment and features. The top-spec ZXi+/ZDi+ variant brings in a number of feel-good features to the table such as keyless entry, passive entry with push-button start, Smartplay infotainment system with Apple Carplay/Android Auto, steering-mounted audio controls, leather-wrapped flat-bottom steering wheel, automatic headlamps, and climate control. On the exterior front, there are LED projector headlamps with DRLs, LED taillamps, and diamond-cut 15-inch alloy wheels.

All the details regarding the Maruti Suzuki Swift, namely, the engine, specifications, variant wise equipment, colours, dimensions, interiors, and exterior details are extensively covered in the company’s brochure.

As of early-2020, the Maruti Suzuki Swift is available in thirteen variants: Four for the Petrol-manual, three for the Diesel-manual, three for Petrol-AMT and three for Diesel-AMT. The petrol-manual range starts at the price of Rs. 5.14 lakh for the LXi variant going all the way to Rs. 7.53 lakh for the ZXi+ variant. The diesel-manual, on the other hand, starts at Rs. 7.03 lakh for the VDi variant and ends at Rs. 8.43 lakh for the ZDi+ variant. Moreover, the top-end ZXI+ AMT costs Rs. 7.97 lakh and the ZDi+ AMT costs Rs. 8.89 lakh (all prices ex-showroom, Delhi). The variant-wise on-road prices are available at autoX.

For more on the Maruti Suzuki Swift, be sure to tune in to autoX.